This is the second of the series! Here's the book: 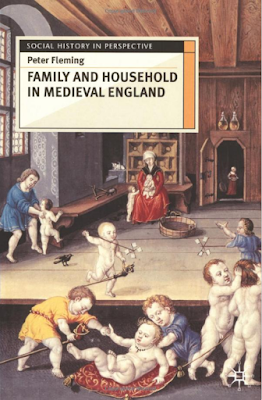 This is a slim volume published in 2001. It's essentially pitched at "undergraduate introduction to the topic" level, so bear that in mind. Therefore, it predominantly talks in generalised terms and doesn't include that many primary sources (and particularly not that many that are not widely-known). However, it is fully referenced and does provide a solid overview.

There are three main chapters:
Being a broad overview (and being written nearly 30 years ago), it is rather focused on the gentry, nobility and royalty. Some parts do cover the lower classes, though - particularly the bits on age at first marriage, coercion and freedom of choice, family size and servants.

Overall, this is a solid and useful introduction to the topic. It is well structured, covers all the key points, is thoroughly referenced and is very readable. However, it is very much a 'my first serious book' for the topic. So if you are familiar with the topic or looking for specific detail this may not be the book for you. Also, note that it does quite strictly only cover England (as indicated in the title) and does not cover what is now generally referred to as the Early Medieval Period (i.e. what was formerly described as the Dark Ages).

In summary, if you are interested in the topic in the High and Late Medieval Period in England and you are fairly new to the topic or wanting a general overview, this is a great book. Otherwise, it may be less useful for you. If you would like to read a more in-depth review by an academic, see here.