Here are a few of my recent attempts at fingerloop, all in cotton (as it's cheap and I have lots): 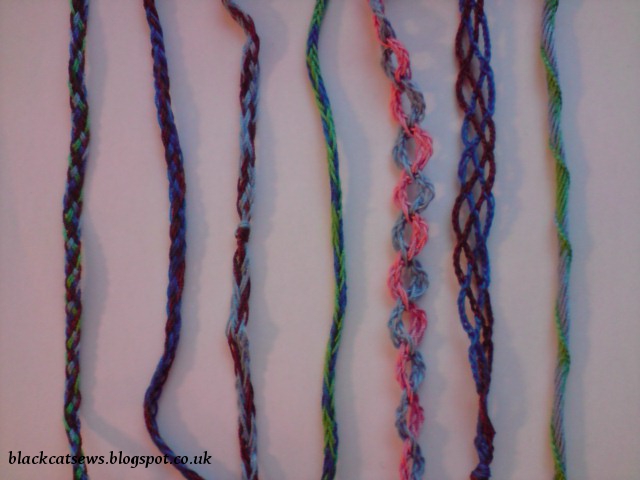 From left to right:

So, those are all of my experimental braids so far. I did do some others at a show I was at last week, but those are just more 'brode lace of v bowes' and 'lace common round of v bowes' that were to keep myself from boredom and to have something to talk about.

I also taught a friend's daughter the 'brode lace of v bowes'. She was quite content to only learn that pattern, but was amazing at creating colour combinations (including several I'd never even considered) - she kept fishing in my thread bag and drawing out amazing combinations, with colours I didn't even know I had. Unfortunately, I am no where near as talented at the colour selection as she is!
Posted by Miriam at 21:24