It seems like 2017 has whisked by, barely stopping on its way! It's been a rather tumultuous one for me, with crazy job commitments, career changes and health problems meaning I haven't done anywhere near as much historical crafting as I would have liked. However, there have been a couple of things that I have managed, although several of these haven't featured on this blog.

So, to focus on the positives, without further ado, here is my 2017 of crafting.

Early in the year, I made a large 'Martebo' sack for re-enactment use. I need to make the effort to use it more, rather than relying on modern rucksacks and suchlike. 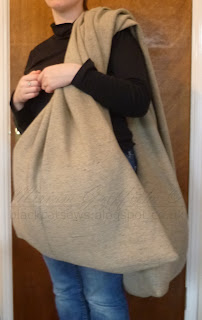 I also knitted a toy for my niece for her first birthday. As with all my knitting, this is documented on my Ravelry account (I'm Panth there if you want to look me up). 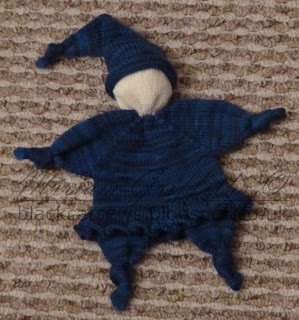 I made myself a new medieval purse, which I've used an awful lot over the summer when re-enacting. 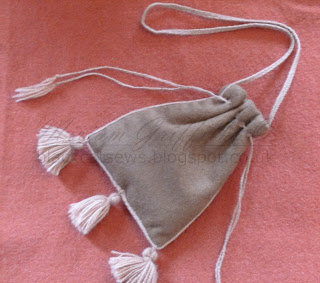 I also re-footed my medieval hose, although I haven't blogged about this yet since I accidentally patterned the toes rather too tight so they wore through and need re-footing again. *sigh* 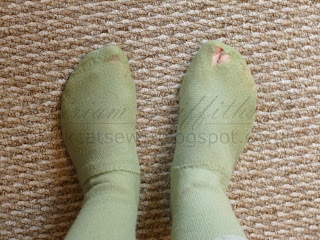 I've been getting back into woodworking and exploring what I can do with that in terms of medieval re-enactment. For my birthday, I went on a pole lathe course (so. much. fun!). 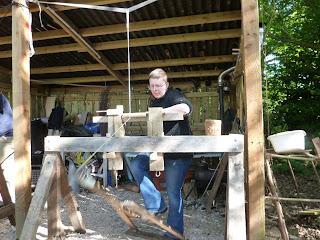 Later in the year, I also went on a spoon-carving course and managed to produce a passable medieval spoon, as well as a rather ropy modern one (that was my first one). 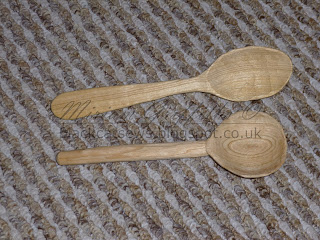 I made some naalbound mittens based on the Oslo mitten for a friend's birthday. 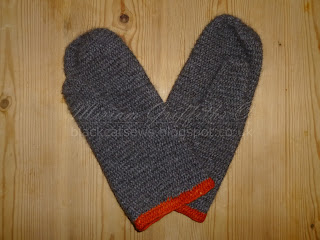 And I made my first foray into colourwork knitting when making myself some socks. 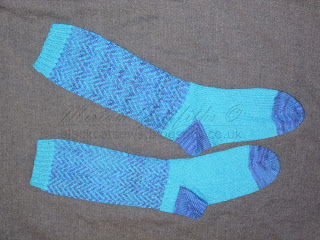 I have been exploring colourwork knitting further by learning how to do intarsia (on yet another pair of socks). 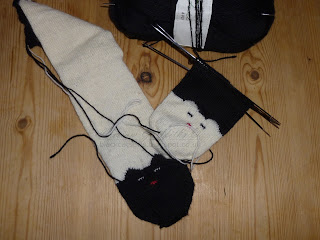 I finally braved embroidering the lions onto the shield crest on my husband's modern jacket that I started so long ago. (And a huge thank-you to Tanya - I used the split stitch technique I learnt at your opus anglicanum workshop for the lions. It worked very well, even though this is in DMC cotton so obviously doesn't show it off as nicely as silk would have.) 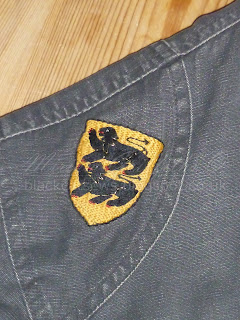 I also did a modern-meets-medieval applique on the back of the jacket: the black rabbit of Inlé from Watership Down. I used the idea of medieval applique, where the shapes are cut out and stitched on without turning the edges and then the raw edges are hidden and protected by couching a thin strip of gilt leather over them. However, to give it a modern twist I used black (cotton) velvet instead of wool broadcloth and a narrow satin ribbon (also black) instead of a thin strip of gilt leather. It turned out better than I could have hoped! 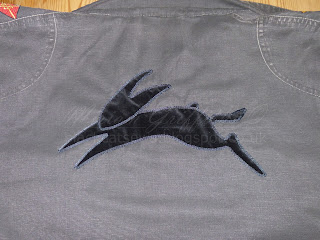 As well as all that, I also:

And after writing this post, I realise that perhaps I have done more crafting and related medieval stuff than I thought, despite the year being a bit of a stressy mess. Evidently I need to blog more! Although I rather dislike the notion of New Year's resolutions, perhaps that is one that I should endeavor to keep...

In any case, I wish you all a happy, healthy and enjoyable year full of learning and friendship and fun. Here's to 2018!
Posted by Miriam at 15:49